The characters in Wuthering Heights are rooted firmly in the natural images of their environment. Catherine compares Heathcliff to the wildness of the moors when she calls him, ‘An unreclaimed creature, without refinement, without cultivation: an arid wilderness of furze and whinstone’. Lockwood explains that the very name Wuthering Heights is ‘descriptive of the atmospheric tumult to which its station is exposed in stormy weather’. It is exposed to the elemental forces and the characters are frequently exposed to wind, rain and sun.

A typical example of this exposure is described in Chapter 9 on the night of Catherine’s search for the departed Heathcliff:

About midnight, while we still sat up, the storm came rustling over the Heights in full fury. There was a violent wind, as well as thunder, and either one or the other split a tree off at the corner of the building; a huge bough fell across the roof and knocked down a portion of the chimney-stack, sending a clatter of stones and soot into the kitchen fire.

This storm reflects the tumult in Catherine’s mind as she, like King Lear, wanders through the storm in a reckless manner in search of the lost Heathcliff. Indeed, the use of nature imagery in Wuthering Heights is in many ways comparable to its use in King Lear. In contrast with the ‘atmospheric tumult’ at Wuthering Heights, Thrushcross Grange is surrounded by peace and calm. The rough, uncultivated images of the Wuthering Heights environment are associated in our minds with the passionate, inhuman and uncultured qualities of Heathcliff, Hindley and Hareton.

The inhumanity of the characters is frequently conveyed by the use of animal imagery and demonic references. Catherine considers Heathcliff ‘a fierce, pitiless wolfish man’, who would crush Isabella ‘like a sparrow’s egg’. Isabella refers to Heathcliff as ‘a lying fiend! a monster, and not a human being’. On other occasions, she asks if he is a devil and calls him ‘a brute beast’. Nelly Dean, who had read about demons, asks in the final chapter: ‘Is he a ghoul, or a vampire’ and would have preferred to have seen him ‘gnash his teeth than smile’, in his unearthly manner; even after his death ‘his parted lips and sharp white teeth sneered’ at Nelly. There are also frequent references to dogs throughout the novel, which are associated with images of hostility and cruelty. The use of animal imagery shows us the breaking down of the barriers between animal and human. The rough, uncivilised atmosphere at Wuthering Heights and the luxurious, artificial atmosphere at Thrushcross Grange is the background to the contrasts between the characters and shows us the two alternative ways of living as is especially evident in the contrasts between Edgar and Heathcliff.

However, we should not forget that there are scenes of kindness in the novel as well and also scenes of touching tenderness. Nelly relates such a scene of perfect filial love just before Mr Earnshaw’s death:

Miss Cathy had been sick, and that made her still; she leant against her father’s knee and Heathcliff was lying on the floor with his head in her lap. I remember the master, before he fell into a doze, stroking her bonny hair – it pleased him rarely to see her gentle – and saying – “Why can’st thou not always be a good lass, Cathy?” And she turned her face up to his, and laughed, and answered, “Why cannot you always be a good man, father?” But as soon as she saw him vexed again, she kissed his hand and said she would sing him to sleep.

There are other similar scenes, such as the description of Cathy and Hareton at their reading and this helps convince us that not all is bad or evil in human nature. Eventually, through Cathy and Hareton the images of love and books triumph in the final phase of reconciliation in the novel.

THE WINDOW SYMBOL IN WUTHERING HEIGHTS

The dominant symbol in Wuthering Heights is the window symbol, which is central to all the most intense moments in the lives of Catherine and Heathcliff. The ideas of ‘exposure’ and ‘enclosure’ are always associated with the use of the window symbol: for Lockwood, the window locks out the world of the spirit; for Heathcliff, it allows in the spirit of the wind; for Catherine, it reveals other worlds from which she is excluded.

Lockwood’s dream, after reading through Catherine’s diary, gives us the first insight into the Catherine/Heathcliff relationship. He is sleeping in Catherine’s oak closet and hearing the noise outside the window he is determined to stop it:

“I must stop it nevertheless”, I muttered, knocking my knuckles through the glass, and stretching an arm out to seize the importunate branch; instead of which, my fingers closed on the fingers of a little ice-cold hand! The intense horror of nightmare came over me: I tried to draw back my arm, but the hand clung to it, and a most melancholy voice sobbed, “Let me in – let me in”. “Who are you?” I asked, struggling, meanwhile, to disengage myself. “Catherine Linton”, it replied shiveringly.

Catherine’s cry, “Let me in” indicates her desire to get from the ‘outside’ ‘in’, to return and be reunited with her human past. Lockwood piles up the books against the window to protect himself from the spirit in the wind and locks out darkness. Lockwood, the city slicker, the outsider, will not be disturbed. Heathcliff, on the other hand, calls to the wind: “Come in; come in” he sobbed “Cathy do come. Oh, do – once more”.

After the episode of Lockwood’s dream, the chronological order of the novel reverts to the childhood of Catherine and Heathcliff. We see them in Chapter 6 looking through the window at the Grange on the verge of the discovery of a way of life unknown to them:

Both of us were able to look in by standing on the basement and clinging to the ledge, and we saw – ah it was beautiful – a splendid place carpeted with crimson and crimson coloured chairs and tables.

The two children discover the luxury and wealth of the civilised world and when Catherine is taken in by the Lintons, she experiences their way of life. This looking through the window and her stay at the Grange is destined to affect the remainder of Catherine’s life, leading as it does to her marriage to Edgar Linton.

In the scenes of Catherine’s delirium, she looks out through the window to the moors and Wuthering Heights, which she had rejected for her present way of life. Catherine says:

I’m sure I should be myself were I once among the heather on those hills. Open the window again wide: fasten it open.

This scene and the scenes previously mentioned are among the most emotionally intense scenes in the novel, each of them with the window as the instrument of separation or discovery. Catherine and Heathcliff looked in from an ‘exposed’ world to the ‘enclosed’ world of Thrushcross Grange. When Catherine becomes a prisoner of fate in the ‘enclosed world’ she looks out again to the ‘exposed world’ of the moors and the Heights in her longing for Heathcliff.

After Catherine’s death, Heathcliff says that, when he slept in her chamber, ‘she was either outside the window or sliding back the panels, or entering the room’ (Chapter 29). This explains Heathcliff’s cry ‘Come in, come in’ when Lockwood tells him about his dream in Chapter 3. When Heathcliff dies Nelly Dean finds him lying inside the open window, his dead body soaked with the rain (Chapter 34). Nelly relates:

The lattice flapping to and fro had grazed one hand that rested on the sill; no blood trickled from the broken skin and when I put my fingers to it I could doubt no more: he was dead and stark!

Heathcliff is finally no longer a prisoner on earth and the spirit of Catherine will no longer cry to be let in, since it is united with Heathcliff at last, the window no longer separates them because they have finally transcended the limitations of the physical world and are now free to roam the moors forever. 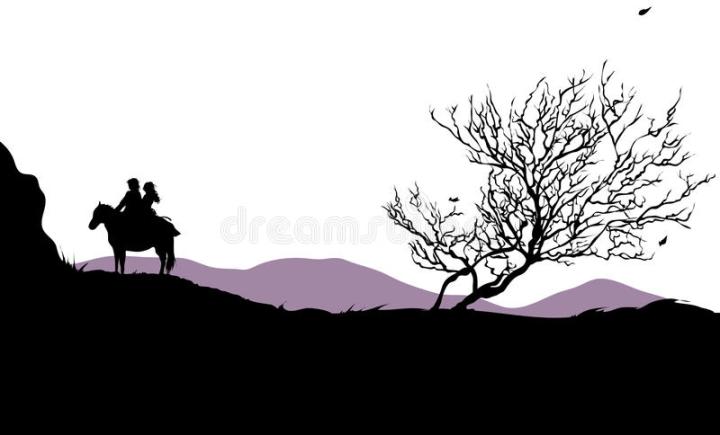 Leavis, F.R. and Q.D. Lectures in America, Chatto and Windus, 1969.
(The essay by Mrs Q.D Leavis, ‘A Fresh Approach to Wuthering Heights’ gives a comprehensive study of the novel and is worth a read).

and Major Themes in Wuthering Heights

3 thoughts on “Imagery and Symbolism in Wuthering Heights”