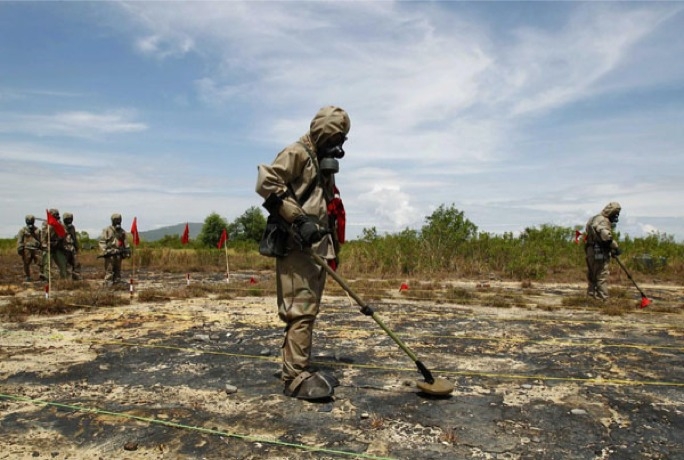 someone must do the cleaning-up.

Because the minimum of order

cannot be done without someone.

Someone must clear back the rubble

from the sides of roadways

so that the cars full of corpses

are able to pass.

Someone must go down into

the wet earth and the ash

into the sofa springs

into the shattered glass

and the bloodstained linen.

Someone must drag over the beam

that is going to prop up the wall,

set the pane in the window

and the door on its hinges.

and it takes years.

All the cameras have already left

Sleeves will soon be in tatters

From rolling them up.

Someone, a broom in hand,

still remembers how it was.

Nods his head that was not ripped off.

Somewhere in the vicinity

people are beginning to protest already

that this work is going to bore.

Someone from time to time

unearths from under a bush

arguments eaten away by rust

and sets them on a pile of debris.

Have to leave room for those

Then for those who know even less.

Finally for those who know nothing.

In the grass that grew over

the causes and the consequences

a wheat stem between their teeth

Maria Wisława Anna Szymborska (1923 – 2012) was a Polish poet, essayist, translator and recipient of the 1996 Nobel Prize in Literature. Born in Prowent, which has since become part of Kórnik, she later resided in Kraków until the end of her life. Wikipedia