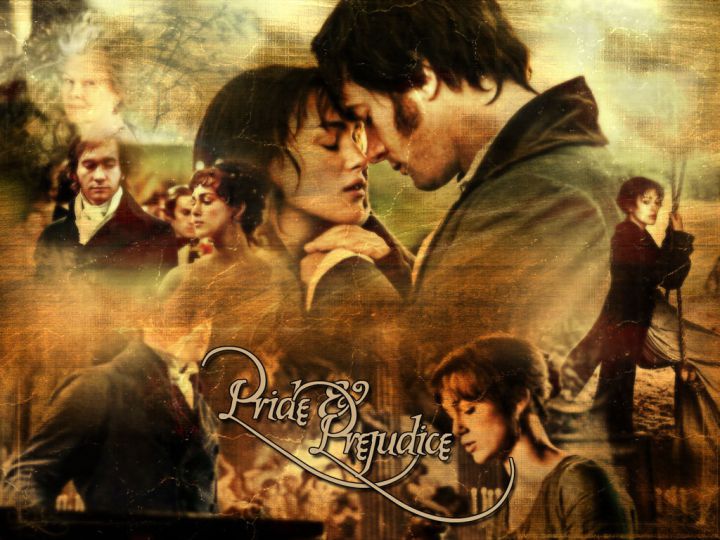 Marriage is the focal point of Pride and Prejudice.  The plot concerns a series of marriages (Four Weddings and a ….. ?), the characters are revealed and developed through marriage and the lessons Jane Austen teaches us are centred around marriage.

Why does Jane Austen choose marriage as her main theme?  In her world, marriage was the ‘only honourable provision’, infinitely preferable to the dependency of spinsterhood or the near slave-labour of being a governess.  Socially, it marked maturity.  When she married and started a family, a woman took her place in society.  So marriage is obviously the focus of interest in Austen’s world.

How does she present her view?  Against a background of conventional contemporary attitudes on the subject, she places a series of actual and possible relationships.  Elizabeth and Darcy, Jane and Bingley, Lydia and Wickham, Mr Collins and Charlotte Lucas all marry.  Some couples, such as the Bennets and the Gardiners, are already married, and there are a variety of potential marriages throughout the novel.  Through all of these Jane Austen shows us, and Elizabeth, what she considers to be worthwhile in marriage and life.  Elizabeth eventually reaches a real understanding of what a good marriage involves, and she finds it with Darcy.

At first, Jane Austen seems to disapprove strongly of such arrangements.  From the opening sentence of the book, she mocks the link between marriage and money made by Mrs Bennet when talking about Bingley.  Wickham’s fortune hunting is condemned by Mrs Gardiner; his eventual marriage, the result of a bribe, is doomed from the start.  Darcy’s awareness of the ‘inferiority of (Elizabeth’s) connections’ is seen as a major flaw in his character.  All those who scheme for arranged marriages are condemned: Mrs Bennet, Lady Catherine, and Caroline Bingley.

From the start, Elizabeth despises those who wed to be ‘well-married’.  She defends before Mrs Gardiner her right to marry without a fortune and implies the same to Mr Collins when he proposes.  She is determined to choose her husband for love, rather than money.  Jane Austen’s influence seems quite clear here.

However, Elizabeth must learn that love is not enough.  Without financial stability, in Jane Austen’s world, people literally starved to death, and the building of a family circle with a sound economic base was therefore highly important.  For example, Mr Collins wishes to marry for his own ‘happiness’, to set an example, to gain Lady Catherine’s approval.  His reasons are selfish, but his intention is sound.  When he meets Charlotte, someone with equal aims, they marry.  Elizabeth is horrified, but the Hunsford visit reveals a marriage that works.  Possessions take the place of affection, but it is a stable social unit and therefore valid.  Charlotte has ‘a degree of contentment’ and by the end of the novel the couple are expecting a child, fulfilling the purpose of this kind of marriage and offering the couple an established place in society.

The success of this marriage helps change Elizabeth’s mind.  After Darcy’s letter and her self-realization, she matures further.  Soon the Wickham she was prepared to marry without money seems ‘mercenary’ for wanting an unequal match.  She still retains her basic belief in marriage based on love rather than practicalities, as when she refuses to agree to Lady Catherine’s marriage arrangements and maintains her right to choose a husband for herself.  But she now also realises how essential practical considerations are, and when she marries Darcy and moves to the comfort and elegance of Pemberley, she has also achieved an adult view of marriage as a practical and necessary financial contract.

It is very obvious to the modern reader, however, that Jane Austen’s view of sexuality seems very old-fashioned.  There is little examination of the feelings and responses sexual attraction can bring.  Sexual attraction comes way down the list of priorities in all but one of the marriages arranged during the course of the novel and then even though we see that Darcy is infatuated with Elizabeth the idea of sex or a sexual relationship seems not to have ever entered her head! (Or am I completely wrong here??). Once respect, regard and love were established and validated by marriage, then sexuality was acceptable and taken for granted.  Outside marriage, sexuality was merely self-indulgent, and therefore a threat to society.

Her views on marriage based on sexual attraction alone changes little through the novel.  She at first responds to Wickham’s ‘beauty… countenance … figure’, but very soon realises that appearance is not everything.  It has to be matched by real worth.  She realises, too, that Darcy’s goodness more than compensates for any lack of ‘appearance’, while he, at first thinking her ‘not handsome enough’, in the end, finds her ‘loveliest Elizabeth’.  Elizabeth continues to question Lydia’s marriage and in the midst of general rejoicing she alone sees the difference between a physically-based marriage and a working relationship.  ‘For this, we are to be thankful?’ she asks.  All this shows what Elizabeth and Darcy eventually learn – that obvious physical attraction may mislead, but once affection brings knowledge of and respect for one’s partner, true love follows.

Jane Austen obviously sees her heroine’s marriage as a model one, the outcome that her readers have been hoping for, and one that rises above the other marriages in the book.  What makes it so ideal?

Their marriage is primarily a sound personal relationship where each person gives something and helps the other to mature.  Secondly, the marriage marks a step to this maturity for each of them.  By learning to put the other first, they have advanced from the self-centeredness of their unmarried lives.  They have learnt to accept responsibility for  each other, and to put their relationship first.  In Elizabeth’s case, this means accepting the importance of marriage as a sound financial and social contract; for both it means realising that infatuation is not the basis for a lifelong commitment.

Chiefly, however, they have matured by casting aside their main faults – pride and prejudice – through their developing relationship.  This maturing of Elizabeth and Darcy culminates in their marriage.  Now the ‘proud’ Darcy and ‘wild’ Elizabeth can take their rightful place in society and form a true family. 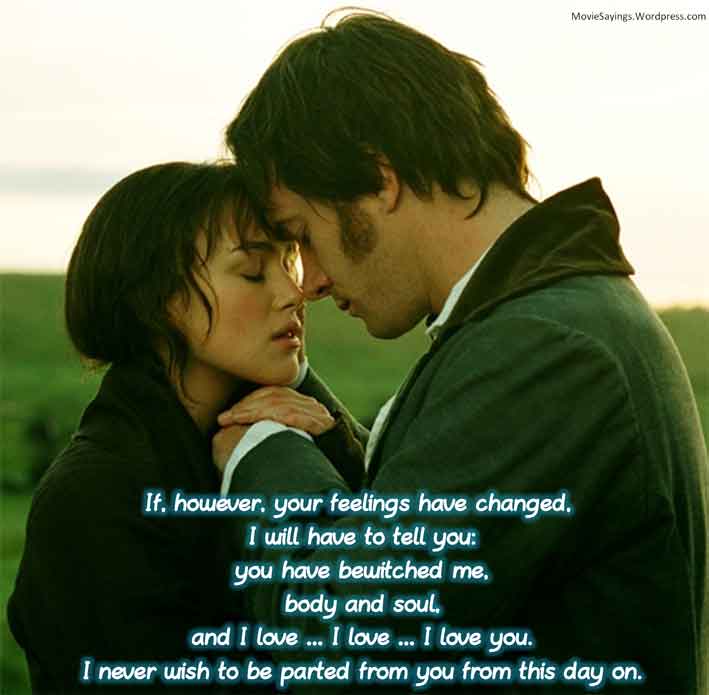