Between the Pages of the Limerick Leader

Sometimes, when she didn’t have the time
to write long letters, my mother would roll up
a copy of the Limerick Leader, wrap a brown
envelope around the middle and address it:
PO Box 10, Mapoteng, Kingdom of Lesotho.
Printed material was cheaper than letter post, much
cheaper than parcel post and my mother loved a bargain.
Afternoons after school I walked
to the tin-roofed post office, its sky-blue walls dulled
with red dust from gravel roads, and in the lazy sunshine
‘Me Vero passed my mail to me. Recognising
my mother’s hand on a newspaper, I’d be full
of excitement for what I’d find between the pages:
a white cotton shirt, mauve and pink sweet peas
from her garden, pressed between photos
of a supper social and the Ballylanders notes,
and once, a matching set of soft, silk underwear.
She told me afterwards she got the nice lady in Todds
to help her choose, but insisted on no underwire.
She didn’t want to give away our little secret.

My father gave his nod to the morning: he’d shaved,
wore the trousers of his second-best suit,
(was it already flapping a little loose?)
his braces over a portly shape,
a deep wine of summer shirt.
He wasn’t travelling to the airport, said he’d let
my mother go with me. Before we left I went
out to him. He was fixing netting over fruit bushes
to stop jackdaws from taking his harvest. It wasn’t
his way to say much but he offered me a fistful
of freshly picked juicy goose gobs. Our mouths
full of their redolent taste, we walked together
to the front steps to take photos. Later,
much later, I went over and over what
I could/should have said. Instead, I reached up
and flicked a piece of newspaper from his face,
must have nicked himself while shaving.
We posed on the top step, his hands
casually nesting my shoulders, there where
we recorded all our comings and goings.
He came as far as the gate, said he knew
I was well able to look after myself but still . . .
I turned to wave from the car. That was the last time
I saw him, standing under the bough of roses
wiping his face with the back of his hand.

Since January stole my tongue and tied it
into knots, the house has become a blank verse.
My hands repeat a cleaning rhyme in every stanza,
I pack metaphors into drawers, layer them
on shelves in the hot press among folded towels.
Sparkling saucepans, spilling stolen poetry, hang
from the freshly-painted bracket over the sink.
The old carpet is hoovered pink in borrowed time
and on the windowsill, the amaryllis blooms
its second bloom, overwatered with words.
In the kitchen, I serve page after page of tasty bites,
baked potatoes filled with buttery half-baked similes.
A lattice of deftly crafted pastry lines criss-cross
an apple pie and even the dog hasn’t escaped. Long
walks have compressed her into a revised version of herself. 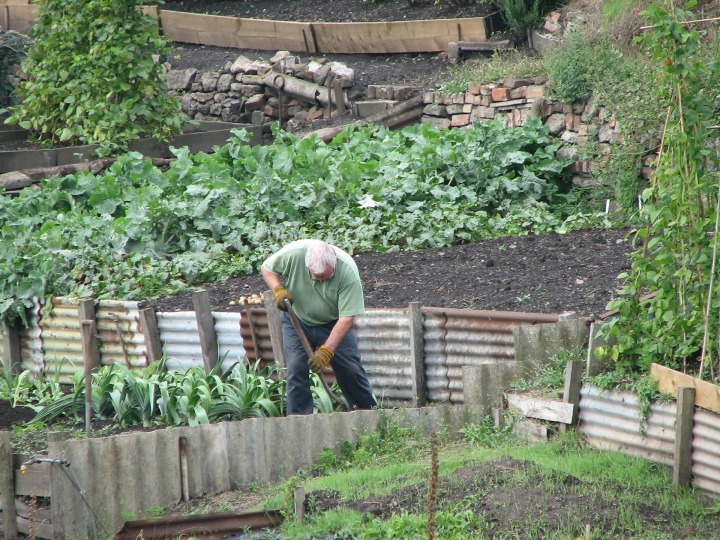 They all said he wouldn’t last a hurry
what with Iris gone
But he knocked their wind ’n all
Two days after funeral
He was down allotment by ten
Took thermos with him
That became his way, bought paper
Meals-on-wheels every other day
Picked up some eggs at corner shop
Pension day he chanced two bob each way
I went with Mum and timed those visits
in cups of Lipton’s, dunked ginger nuts
He said George popped in too
Not regular, mind you
He still went down pub
early evening ’fore crowd came in
Half a bitter, back home
Watched telly an hour or so
The only time I heard him smile
was the day he told Mum and me
about the colour of purple-blue
flowers that came up between the cabbages
from bulbs he’d dug in
two days after Iris passed.

Confession began
with an examination of conscience:
telling lies, five times,
fighting with her sisters,
stealing gobstoppers,
popping a clove rock under the tongue
when Moll Foley’s back was turned.
These were straightforward sins,
venial things that could be wiped clean
with a swipe of the clerical cloth.
It was the entertainment of impure thoughts
that swamped her. Her fingers played them
in the pocket of her winter coat,
as she dawdled to school
in November rain and January cold.
She tucked them up the puffed sleeves
of her summer dress,
and pushed them high on the swing
until they hovered in the air like dandelion wisps.
They entertained her.
But she must have entertained them too
because when she mastered Für Elise
on the piano they trembled to her tune.
Semi-quavers quivered her belly,
notes staccatoed down below,
and even more so when she glided forward
on the stool to reach the pedals.
Impure thoughts became interwoven
forever after with Beethoven.
Quiet Please
I don’t have one kind thought in my head
This is not the poem I intended to write
The gnawing teeth of a bushman saw
are cutting into my frontal lobe
I swallow down screams
The steady drip of commentary
to her companion pockmark my eardrum
I want to remove my silk sock
and stuff it in her mouth
I believed in freedom of speech
I scan the bus for another seat
Calculate travel time to Dublin
Plug my ears with a scratchy serviette
The words of her mosquito buzz penetrate
I clutch the rolled-up Irish Times in my hand
Brief moments of reprieve
Sweetness like Greek honey
trickling onto a parched palette
Eyes at rest in a dark room
after the dazzle of fireworks
And then it starts again
I look up misophonia on my iPhone
Strong, negative feelings to trigger sounds
Not to be confused with Hyperacusis
An increased negativity to certain frequencies
For me she strikes the wrong note
again and again. Two hours into the journey
the motion of the bus lulls her to a sporadic silence
I am newly disappointed when she pauses
so thoroughly am I wallowing in her lack of modulation.

Bernie Crawford, originally from Ballylanders, County Limerick now lives in Galway and in 2019 was awarded a bursary by Galway County Council to work on her first collection. Her poetry has been published widely in journals including Poetry Ireland Review, the North magazine, and Mslexia. A selection of her poetry is featured in The Blue Nib Chapbook 3. She is on the editorial board of the poetry magazine Skylight 47.

2 thoughts on “Poems by my cousin, Bernie Crawford”