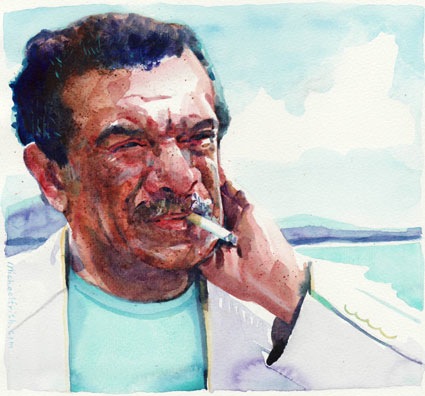 THIS IS A PERSONAL REVIEW OF SOME THEMES AND ISSUES WHICH FEATURE IN DEREK WALCOTT’S POETRY. YOU SHOULD CONSIDER THESE IDEAS, THEN RE-EXAMINE THE POEMS MENTIONED FOR EVIDENCE TO SUBSTANTIATE OR CONTRADICT THESE INTERPRETATIONS.  IN OTHER WORDS MAKE YOUR OWN OF THESE NOTES, ADD TO THEM OR DELETE FROM THEM AS YOU SEE FIT.

THE FOLLOWING SELECTION IS SUGGESTED BECAUSE THEY DEAL WITH THE MAJOR THEMES WHICH RECUR IN HIS POETRY:

W. B. YEATS ONCE SAID THAT HIS POETRY WAS ‘BUT THE CONSTANT STITCHING AND RESTITCHING OF OLD THEMES’.  CHECK THIS OUT FOR YOURSELF IN RELATION TO WALCOTT AND ALL THE OTHER POETS ON YOUR COURSE!

YOUR AIM SHOULD BE TO PICK YOUR OWN FAVOURITES FROM THIS SELECTION AND GET TO KNOW THEM VERY WELL. 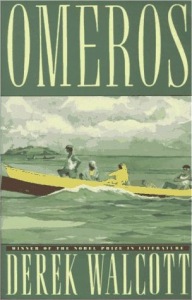 A BRIEF THEMATIC GUIDE TO THE POETRY OF

A Letter from Brooklyn

Love and the End of Love

AN ANALYSIS OF WALCOTT’S STYLE

The Sound of Poetry – Rhyme, Assonance and Alliteration

“There is a continual sense of motion in the Caribbean – caused by the sea and a feeling that one is always travelling through water and not stationary.”

“My calling as a poet is votive, sacred… it was a cherished vow taken in my young dead father’s name, and my life is to honour that vow.”

“Throughout my whole youth, that was happening. It was the experience of a whole race renaming something that had been named by someone else and giving that object its own metaphoric power.”

“I had a sound colonial education
I have Dutch, nigger, and English in me,
And either I am nobody, or I am a nation.”

“I come from a backward place: your duty is supplied by life around you. One guy plants bananas; another plants cocoa; I’m a writer, I plant lines. There’s the same clarity of occupation, and the sense of devotion.”

“I think of myself as a carpenter, as one making frames, simply and well. I’m working a lot in quatrains… and I feel there is something in that that is very ordinary… I find myself wanting to write very simply cut, very contracted, very speakable and very challenging quatrains in rhyme.”

“Well, when I write
this poem, each phrase go be soaked in salt;
I go draw and knot every line as tight
as ropes in this rigging; in simple speech
my common language go be the wind…”

“History and elemental awe are always our early beginning, because the fate of poetry is to fall in love with the world, in spite of History.”

“This island is heaven.”

“Visual surprise is natural in the Caribbean; it comes with the landscape, and faced with its beauty, the sigh of History dissolves.”

“People who praised classical Greek, if they were there then, would consider the Greek’s tastes vulgar, lurid….All the purple and gold – that’s what I’m saying is very Caribbean, that same vigour and elation of an earlier Greece.”

“The easiest thing to do about colonialism is to refer to history in terms of guilt or punishment or revenge, or whatever. Whereas the rare thing is the resolution of being where one is and doing something positive about that reality.”

“The romanticised, pastoral vision of Africa that many black people hold can be an escape from the reality around us. In the West Indies, where all the races live and work together, we have the beginnings of a great and unique society. The problem is to recognise our African origins but not to romanticise them.”

Critical Comments on Derek Walcott by the Critics

“What moves me in Walcott is his refusal of simplifications.”
Paul Breslin

“It was the Metaphysicals technique of using metaphor as the prime vehicle of shape and meaning in their poetry that seems to have so greatly impressed Walcott, who has always …” moved in metaphor as in his natural element.”
Stewart Brown

“Walcott is a model of ripened ambivalence that makes impossible demands of the heart, tears it to pieces by a contradiction of origins, and finally offers it to the dubious consolation of despair.”
George Lamming

“Naming is central to Walcott’s claims for an ‘Adamic’ New World poetics. The act of naming takes the natural world into the cultural domain while grounding language in the domain of the natural. And the choice of a name reveals much about the consciousness of the namer, the degree to which it has become Adamic by exorcising ‘the pain of history words contain.’ ”
Paul Breslin

Sample Answer:  Write a personal response to the poetry of Derek Walcott.

Of all the poets on the Leaving Cert course, Derek Walcott, in my opinion, is the one who has most to say about the ‘big issues’, about life, the universe, and everything.  I would recommend his poetry to anyone who has lost someone close to them, or to anyone who finds themselves wondering about man’s place in the universe.

There are three aspects of Walcott’s poetry in particular that appeal to me: his approach to the notion of ‘endings’, his poems about lost love, and his poems about bereavement.  I’m not saying that Derek Walcott has the answers to all the questions that surround these issues; just that he asks them in a very beautiful and enlightened way.

One aspect of Walcott’s poetry that really hit home with me was his focus on the way everything in this world is moving slowly but surely toward its end.  ‘Endings’, for example, depicts how things ‘do not explode, / they fail, they fade’.  Everything, the poem maintains, is disappearing, but too quietly for us to notice.  Things fade away as gently and subtly, ‘as the sunlight fades from the flesh / as the foam drains quick in the sand’.  We no more notice most things disappearing than we do the water draining into the sand at the beach.  Reading his poetry, we are constantly reminded, of the fragility and preciousness of all things.  His work reminds us to enjoy what we have while it lasts.

For me, one of the finest aspects of Walcott’s work is his depiction of lost love.  ‘To Norline’, is filled with a melancholy longing for a love that has been and will never be again.  This poem paints a sad portrait of the poet walking along an empty beach remembering his lost love.  He seems certain that ‘someone else’ instead of him will soon be enjoying Norline’s affections.  His poetry is always keenly aware of the fact that love inevitably fades away.  As he puts it in ‘Endings’, ‘love’s lightning flash / has no thunderous end’.  Love, like everything else, fades away quietly, without us even noticing, ‘it dies with the sound / of flowers fading’.  We can no more notice love fading away than we can hear a flower withering.  All in all, then, I would recommend the poetry of Derek Walcott to anyone who has had their ‘heart broken’!  His writing provides real solace and comfort for anyone whose relationship has just ended.

Bereavement is one of Walcott’s most recurring themes and he deals with it magnificently.  He never shrinks from depicting the true horror of bereavement.  ‘The Young Wife’, for example, is a moving depiction of great loss.  This poem is about a man whose wife has just died from cancer.  He must mourn her quietly so as not to upset their children, ‘the muffled sobbing / the children must not hear’.  The house he lives in is haunted by memories of his departed partner.  There are certain drawers in the house which he ‘dare not open’ because the objects they contain would remind him too painfully of her.  Despite this obvious emotion and pain, however, his poems invariably contain an element of hope.  In this case, the wife may have been claimed by cancer at a tragically young age but she somehow lives on in her children.  When her husband sees their children laugh he is reminded so strongly of her that she may as well be in the room, ‘They startle you `when they laugh. / She sits there smiling’.

‘A Letter from Brooklyn’ is another poem that offers hope to the bereaved.  Mabel Rawlins, a friend of the family, writes to the poet about his dead father.  She is convinced that this man, who died twenty-eight years ago, is at God’s side in heaven, ‘he was called home, / And is, I’m sure, doing greater work’.  Mabel’s unquestioning faith helps to overcome the poet’s own doubts about the existence of God and ‘restores’ his belief in the afterlife, ‘I believe. / I believe it all, and for no man’s death I grieve’.

Just as I would recommend Walcott’s poetry to anyone who has had his or her heart broken by the break-up of a relationship so too would I recommend it to anyone who has been bereaved.  His poetry presents us with a full picture of the sorrow and pain of bereavement.  Yet it also suggests that maybe, just maybe, there is hope.